Meet the Sony Xperia XA2. The Xperia range has proven to be Sony’s most successful series of mobile phones, and when phones such as the XA2 are launched, it is not hard to see why that is the case. The Xperia XA2 is the latest Sony smartphone to debut, and it has a stylish but durable frame to it. Ideal for businessman, joggers, and casual users alike, the Xperia XA2 is one of the more trustworthy new phones you can get your hands on.

Launched in February 2018, the Xperia XA2 is widely renowned for its rich looking screen, and its simple, but charming design. There have been numerous complaints that the smartphone’s design may not look as trendy come the end of the year (especially at a time when many other manufacturers are going for curvy looks to their phones) but we’re all about the here and now, and practically is the key.

Quite frankly, there isn’t too much of a difference between this Sony Xperia and the many others which have come before it. This phone is heavier, and a bit chunkier than its predecessor (the XA1) as most Xperia’s are rectangular in nature and fairly weighty (in comparison to other phones) but Xperia users seem to love what they get with the 18:9 screen phone. 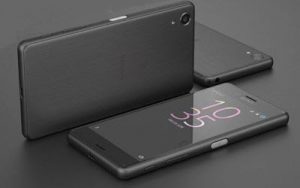 Unusually, the Xperia XA2 contains metal panelling along the sides, but the casing itself is plastic. Plastic tends to last a while, and although it is a cheaper material for Sony to use (hence the lower price) it does look a bit tackier than your average iPhone.

Of course, being a Sony Xperia phone, the XA2 comes with a built-in Sony Walkman, and that means the sound quality is way above average. There is a fingerprint scanner to unlock the phone, and 32GB of storage is reasonable but not excessive. The 1080p screen is much more impressive than the 720p resolution of its predecessor, with two very different modes giving you a customised appearance. Vivid modes offer far more colour than standard mode, which is something to consider.

The Xperia XA2 comes with Android 8.0 (Oreo), the latest operating system for Android phones. This sleek OS works wonderfully with the phone’s power, although the camera app can take a while to boot up. The 23-megapixel camera is quality, but jittery when taking live video, like most other Xperia phones.

The battery life in Sony’s Xperia XA2 isn’t brilliant, and when using the phone for most of the day, it tends to run out of juice in the early evening. However, the same is true of most modern phones. The battery should be able to make it through 2-3 days without a charge provided it is not heavily used, and the Walkman isn’t running around the clock.

All in all, the Sony Xperia XA2 is not the flashiest phone around, and it is not as powerful as other high-end devices you can bu, but if you want to pick up an above average phone with all the mod-cons for a fraction of the cost of those high-end devices, the couple of hundred quid this phone will set you back is good value for money.